In less than a week, our little man is going to graduate from toddler to full-blown child.

In celebration of this “coming of age” I thought I would share a few things I have learnt in the last four years.  ‘Lessons by Jackson’, if you will.

One of my earliest revelations after Jackson arrived was that even though your little people share the same genes, womb and passage out into the world, they are really very different.  I know this is obvious but when you are barely sleeping at night, you spend your days changing nappies and feeding people that can’t work a toaster or peel a banana, you could miss a bus falling on your house, so it took a while for me to realise what worked for Minnie was going nowhere with Jackson.

Food was interesting and attractive to Minnie, Jackson refused anything other than milk until he was eight months and then survived on a diet of yogurt for the rest of his first year.

If you want to have a kiss or cuddle from Minnie, you have to write a letter three weeks in advance, requesting permission.  Nine times out of 10 your request will be rejected.  Jackson likes to snuggle ALL.THE. TIME.

Minnie is loud and cheeky, she loves to make people laugh and it’s very easy to spring her out of a mood.  Jackson is the moodiest person I have ever known.

Before Minnie goes to sleep she likes to talk about what we’re doing tomorrow, most likely so she can consider how many outfits she will need for the day and get them laid out ready.  Jackson doesn’t care what you have planned for tomorrow, there is only one way this family is going…

Having one of each, I have observed how boys and girls have some really obvious differences.  Don’t get me wrong here, we’re all equal, women can do anything men can do, it’s a travesty that women aren’t paid the same as men for working as hard and boys can totally wear pink, but in this house, there is only one child that likes anything on wheels.

Jackson’s arrival also meant that I became a mother of two, and for me, once you have more than one there is no chance you will maintain any level of order or civility in your days.  Going to the shop can result in sobbing, wailing and pants down tantrums, and I’m not talking about the children here.  I have sat in my car in a number of supermarket car parks and wept because of the humiliation endured at the till.  And Jackson did literally pull my trousers down whilst waving off family at the airport. 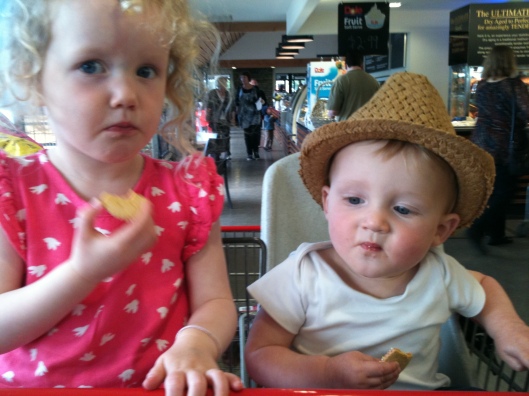 People who have three or four children and still remember to wear shoes when they leave the house are amazing to me.  Anyone who has more than four is just weird.  Having said that, and I’m not really close to anyone who has had more than four children so I am only observing from a distance but I do notice that these parents, crazy as they are, don’t complain nearly as much about how hard it is to raise a family as we lesser procreators do.  My competitive side wants to say that they lower their standards significantly but maybe it’s just they have learnt the well kept secret that once you get to five, it gets easier.

A lovely thing that Jackson brought to our family, was companionship for Minnie.  They are only 18 months apart, so once he was able to walk and talk they have been the best of friends (before that, Minnie was only interested in her brother if she could strap him to something).  Jackson’s third year was wonderful because they became such lovely playmates, they’d run around endlessly, share secret giggles and delight in the simple things of life. 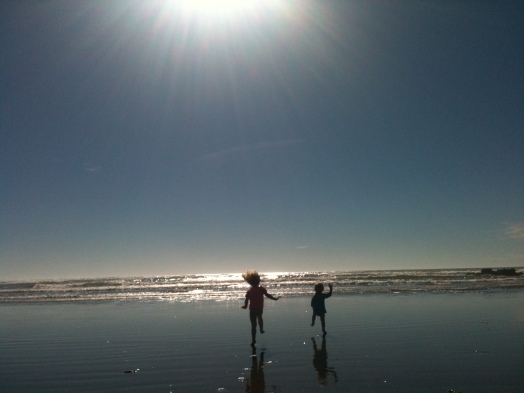 This still does happen but they also now punch each other, fight over who is in charge of any shared game or task, steal toys they’re not even interested in for the sole purpose of seeing their sibling cry, they encourage one another to do exactly what Mummy just said they couldn’t do, test out the worst insults on each other and I’m pretty certain they have a signed agreement that states that once a day, one must distract Mummy so the other can damage something in the house.  Just this week, whilst I was helping Minnie get ready for bed, Jackson went into our newly carpeted bedroom, sat on the floor, switched on the hair dryer and singed two perfectly formed circles into our brand new, light grey carpet.  It’s like he wants to be assigned to another family….

The thing is, one day, he will move to another family.  A lovely girl (oh Lord please let her be lovely!) will steal my boy’s heart and he will leave to start his own family.  The idea of it is too devastating to consider right now, that I won’t be the most important woman in his life, that a cuddle from me won’t be all that he requires.  I’m believing that it will be possible to let him go, that by the time he’s 18 and he’s no doubt trashed one or two more carpets, I will be happy to nudge him out of the nest.  But for now I will celebrate the four years I’ve had of him so far and be delighted that I have four and 10 left with this little hotty. 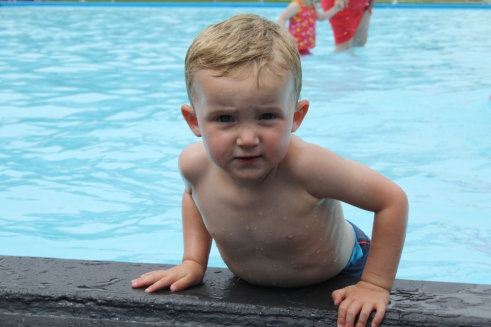 And in that time I will continue to learn that my life is not my own, I can’t sit down without permission, I can’t rest until he’s lined up all his cars, I must accompany him to every toilet visit (I do sometimes refuse actually) and there is only sleep when he sleeps. 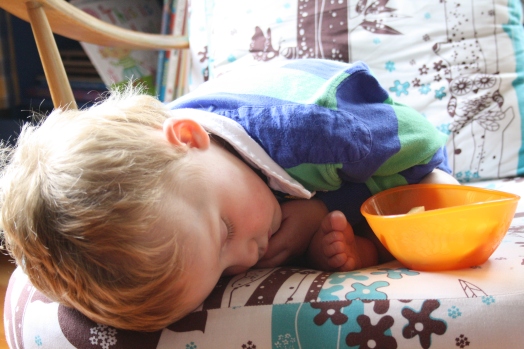 You teach me so much Jackson.  Happy Birthday to you.