In one of my previous blogs I said I hated eggs so it may come as a surprise that essentially I’ve cooked an omelete for my children.  I’m pretty shocked I went for it myself but not as shocked as I was when my children LOVED THEM.  Which is why I have decided to recommend it, I mean who knew! 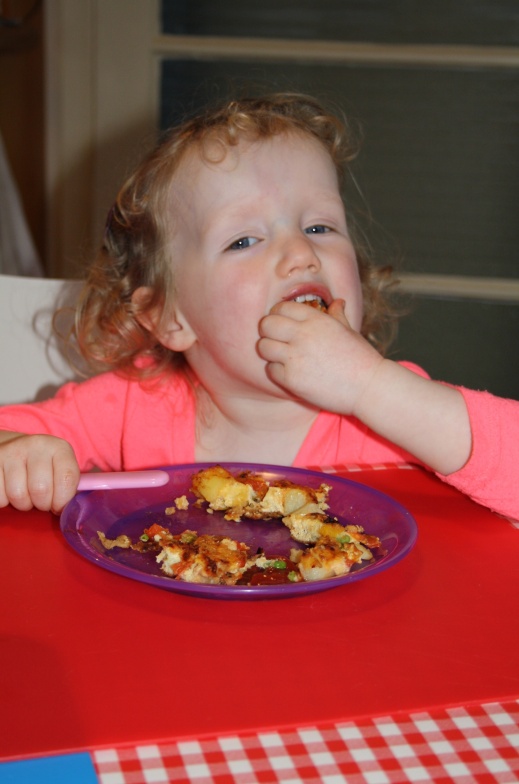 This recipe is from the River Cottage Baby & Toddler Cookbook.  This is a good book and they don’t shove their organically charged aspirations down your throat as much as you may think.

As they say, you can put in almost any vegetable into this recipe and I would also be tempted to add in crispy bacon, chorizo or cooked chicken.  What I’ve written below is my adaption of the recipe – if you want the original, buy the book you probably won’t regret it.

Chop up the potatoes into cubes, cover with water and bring to the boil.  Simmer until tender. Lightly beat the eggs and season.  Heat the oil in a frying pan, add the spring onions and peppers and fry for five minutes, until soft and browned round the edges. Add the cubed potatoes and toss around until crisped up.  Add the peas and corn.  Finally add the cherry tomatoes chopped in half. Make sure the ingredients are distributed evenly around the pan.

Now pour in the beaten eggs.  Don’t move the egg around, just keep the pan over a medium heat and let it set slowly.  After around five minutes, the base of the frittata will be set but the top will be wet.

Sprinkle the cheese over the top then put the frittata under the grill for 3-5 minutes, until cooked through and golden brown on top.  This is best served warm.  My children got to have ketchup with it, when they’re older I would make a salad.

I cooked this at lunchtime when I have a little time (pre-dinner time is generally an outing to the park or play in the house so no time for beating an egg!) wrapped it in foil and then put it under the grill for another five minutes to heat up before we ate.

Obviously you could make this, let it cool, wrap it up and present it for lunch the next day.

They both enjoyed eating it with their fingers and dipping each mouthful in tomato sauce – messy but plates were cleaned – job done. 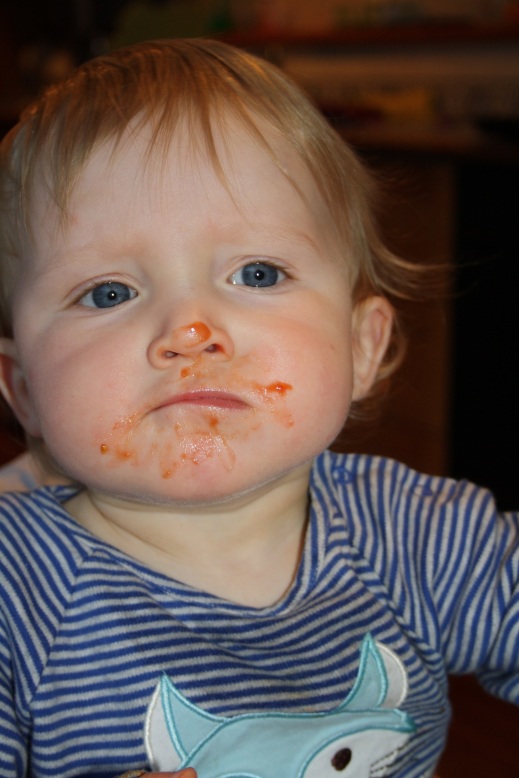